Quicker than normal post here as we've reached the end of the line that in this case is Bristol and are currently sat in the floating harbour. 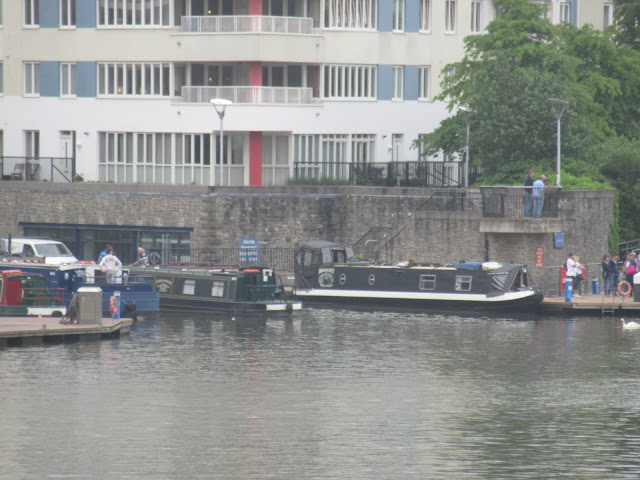 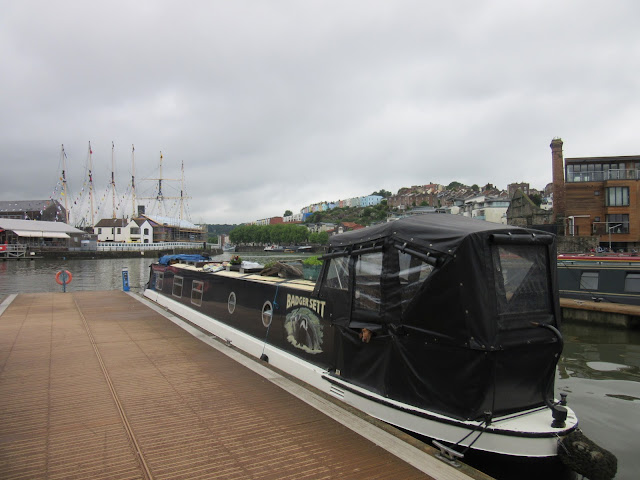 Over the years we've heard loads of problems about boats seemingly moored for miles and miles along this canal and being difficult to moor, but we've not found this to be the case and have moored pretty much where we'd planned to along the way. In some places we've been lucky as there might have only been one or two visitor mooring spaces and an hour either way might have found them full, but then we do aim to arrive at popular destinations late morning by which time people would have set off and this seems to have worked for us. It also has to be said that it's not the height of the holiday season and whilst we've seen a lot more holiday boats these last few weeks there will no doubt be more around in the coming months. We've also used our gang planks quite a bit these past seven weeks as away from designated moorings can prove to be a bit difficult to get in tight to the bank. 100+ locks may seem a bit daunting, especially when you've got to do them again on the return journey, but when you do a quarter/third of them (29 at the Caen Hill Flight at Devizes) then the other 80 spread over seven weeks isn't probably much worse than our lock usage on other canals. That said though, we're planning to double back to Reading over about a three week period so Devizes aside will see us doing about 25 to 30 locks a week for our remaining time on here. So with that quick take on how we've found our time on here.

Anyway, back to our last few days.

Went for a walk along an old disused railway, but found that it wasn't completely disused! Not a sexy steam train, but it seemed pretty full each time it went past. It turned out to be a very popular cycle route as well with signage for Bath one way and Bristol the other. 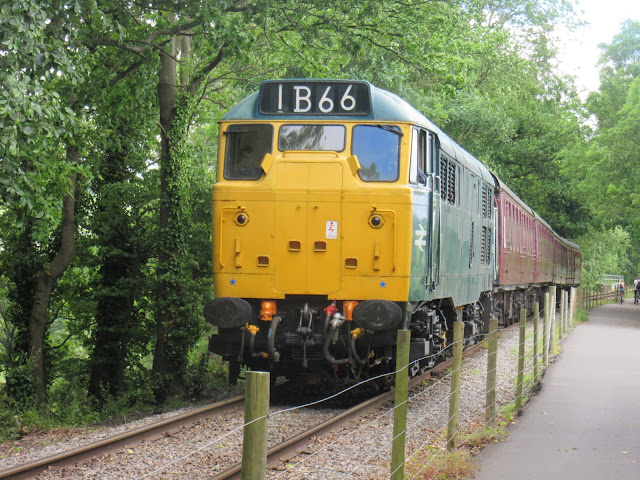 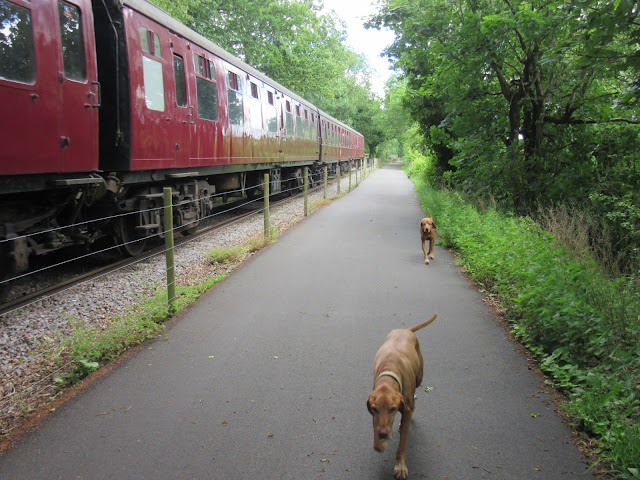 Our peaceful mooring spot in the middle of nowhere, well two miles from the closest towns. Was it quiet though, no, as it seemed a magnet in the area and there were loads having a swim and a large open space above where Barbie's were in full throw. Weren't too sure about leaving the boat though, as we thought it might end up being a diving platform so Nicky took The Boys for a walk by herself. 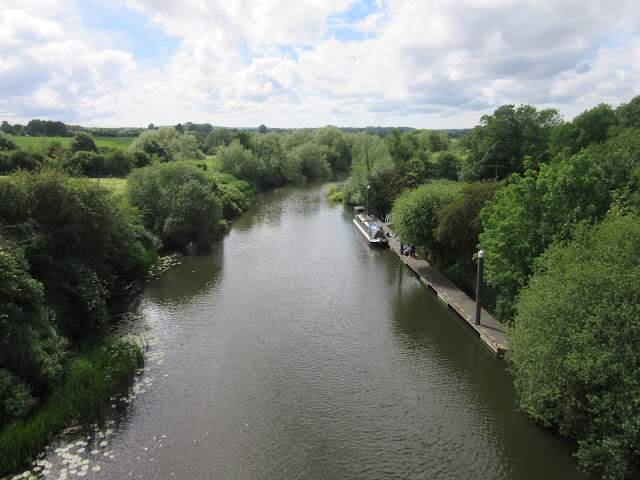 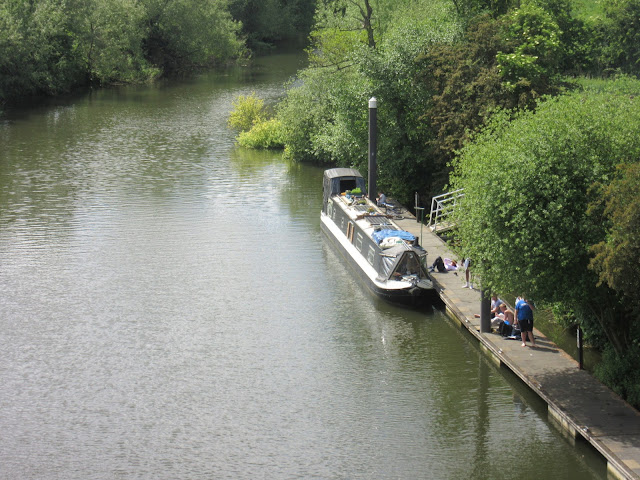 Then the kids went, peace decended, had out tea, took The Boys out, but hang on what's this up in the open area at the top of a pontoon? Tent, music centre/deck of some thought, half a dozen people and boom boom rave music, I wonder how long this is going to go on for! So anyway went for our walk, got back, few more people now so just pulled the boat to the end of the pontoon and a bit further away from the access ramp and settled down to a bit of TV. 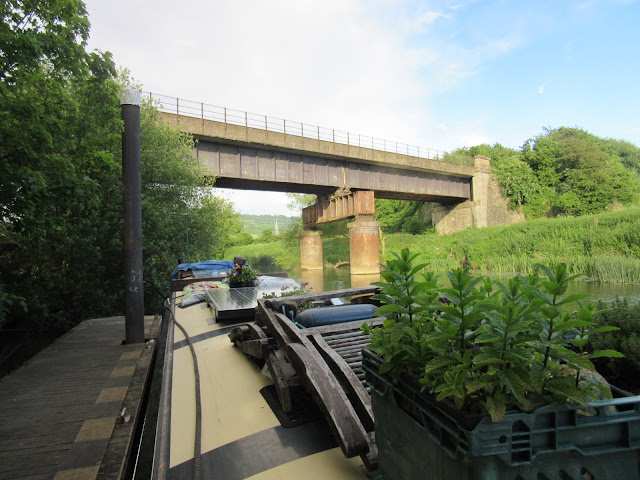 Then shortly after a couple turned up at our boat who turned out to be the ones that had arranged the gathering and were a bit worried about disturbing us and told us to come and see them if it got too loud. We thought that was nice and considerate so told them not to worry and just have a good time (that they did) and was still boom booming at half seven the next morning! Just as well I like rave music I suppose and Nicky just sleeps so no worries.

Early start the next morning in case we couldn't moor at the next visitor mooring at Hanham Lock as after that the river becomes tidal and you have to go right through to Bristol. The only lock of the day, assuming we can stop where planned and just so happened upon a holiday boat coming in the other direction who worked the lock for us. 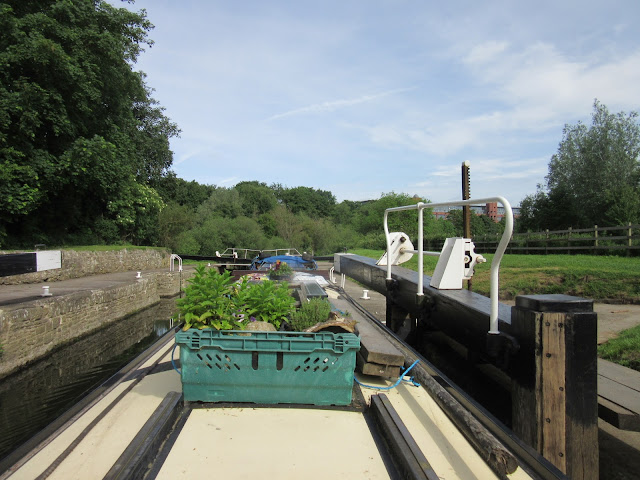 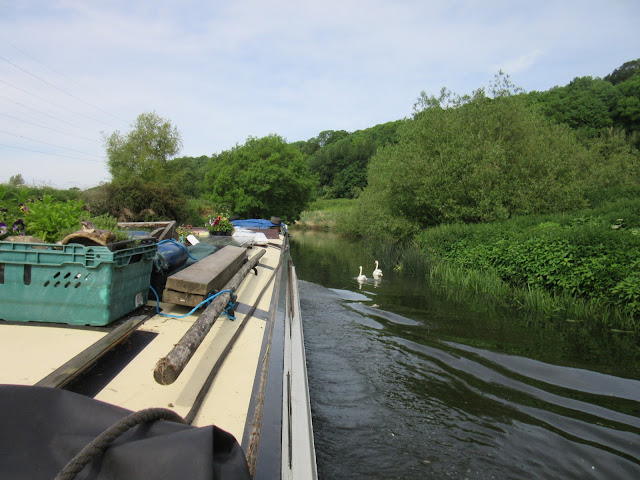 And lucky us, one space that was probably where the holiday boat we'd just past had been for the night. 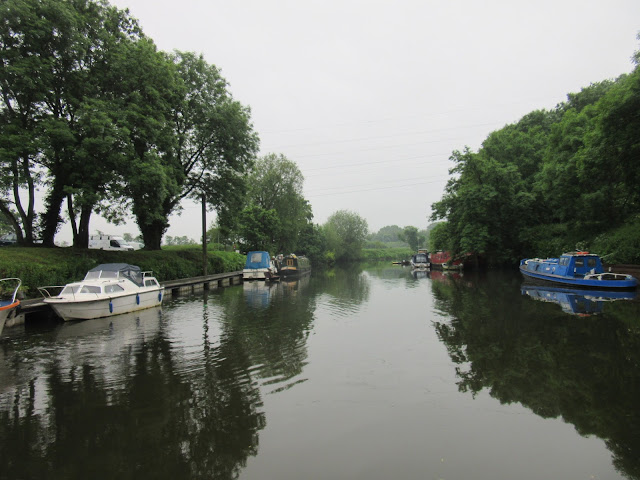 Early start the next morning as with the tidal section down to Bristol we had a window of leaving at 07:00 or midday and at £30 for a single nights mooring in Bristol Harbour we didn't fancy getting there half way through the day. 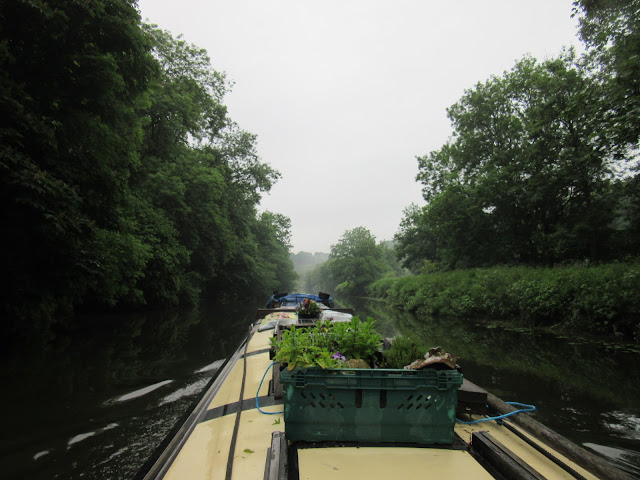 Whilst it wasn't raining it was a damp misty start, but quite quick as the tide had turned and was in our favour. 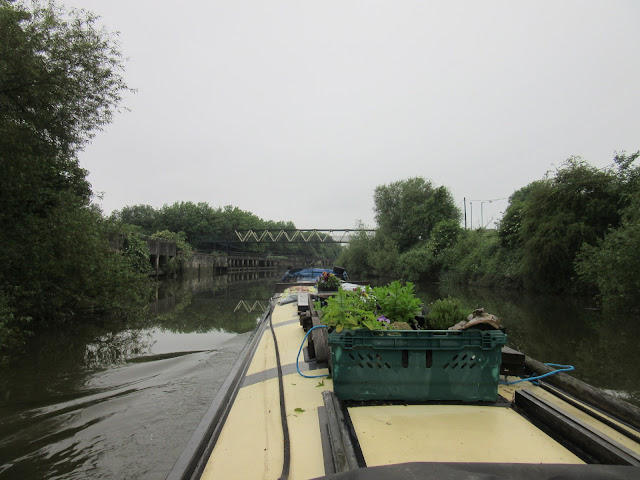 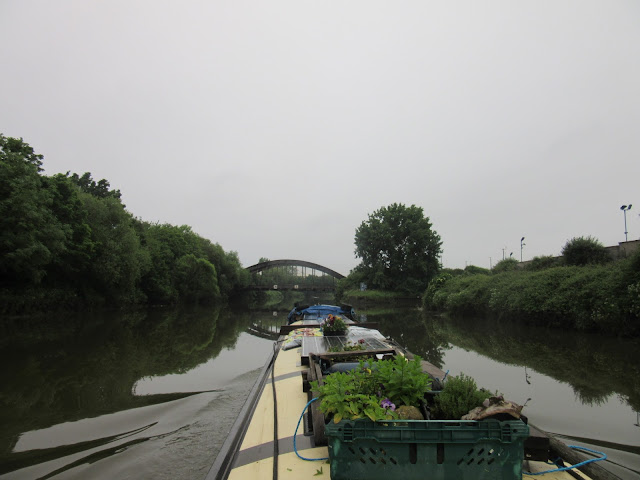 Netham Lock where we'd walked to the day before to speak to the lock keeper and stopping here to pay up for our stay. 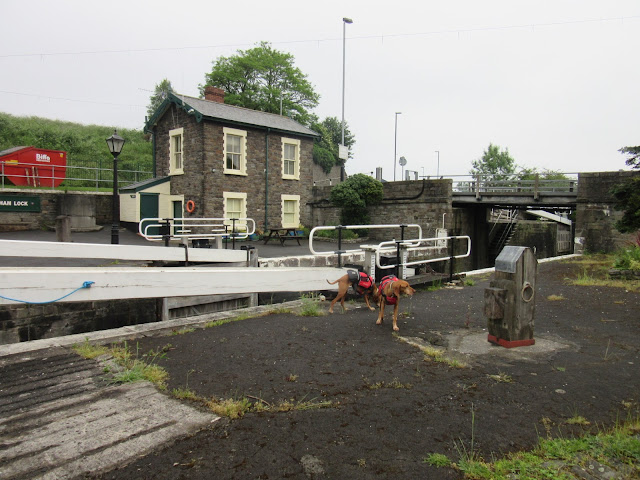 Then it was off through Bristol to the docks to find a mooring space. 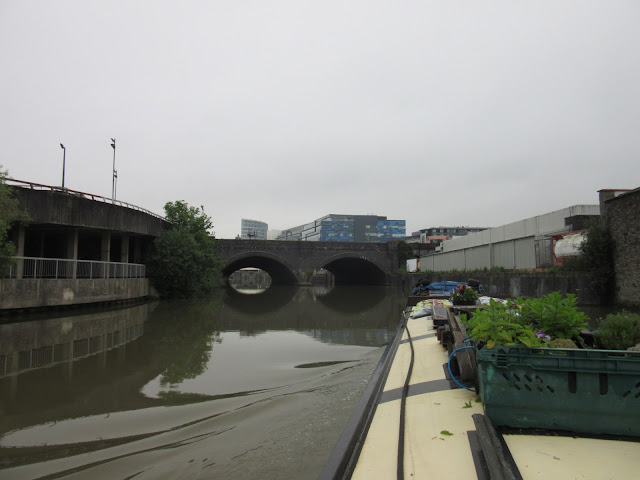 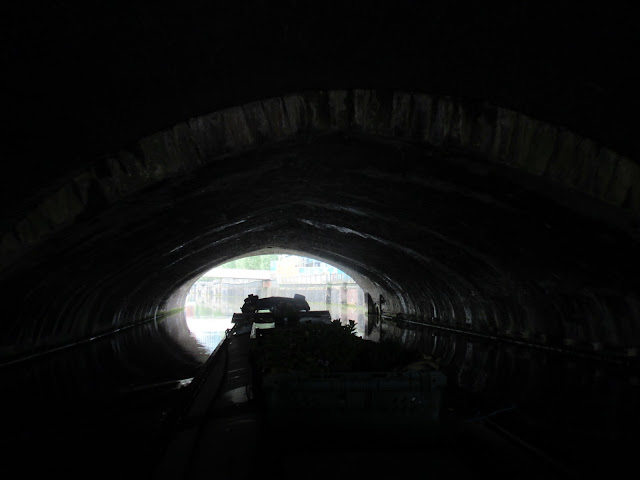 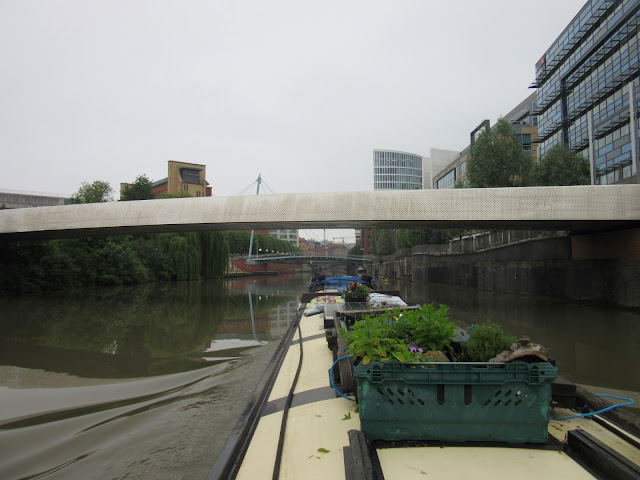 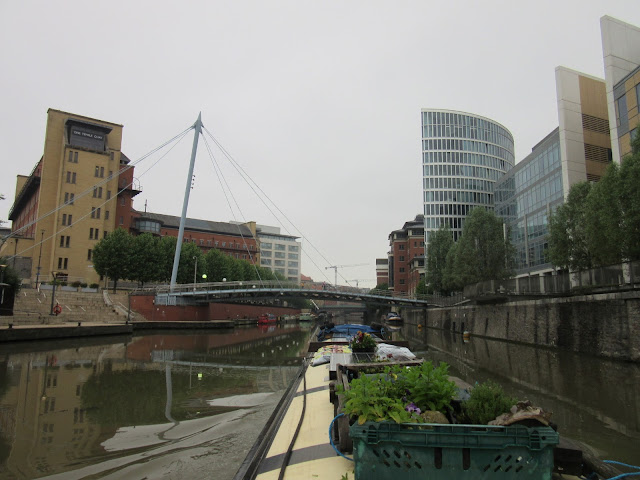 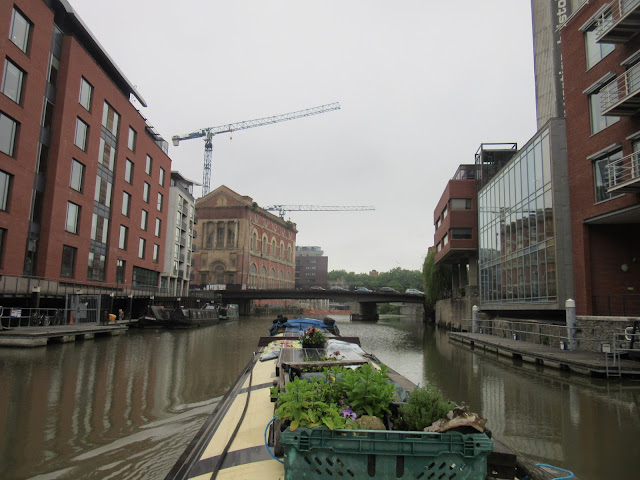 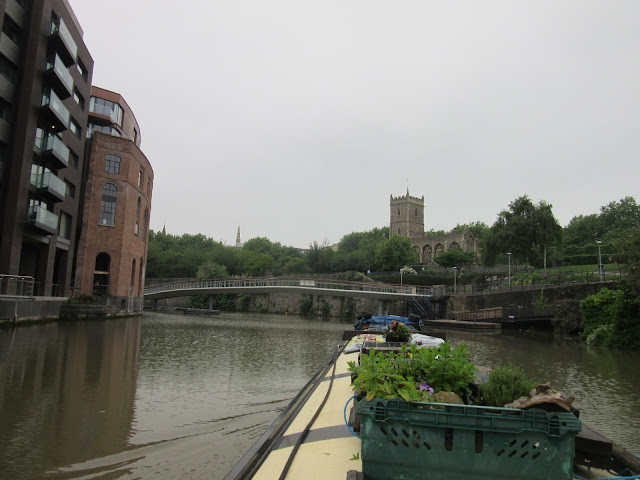 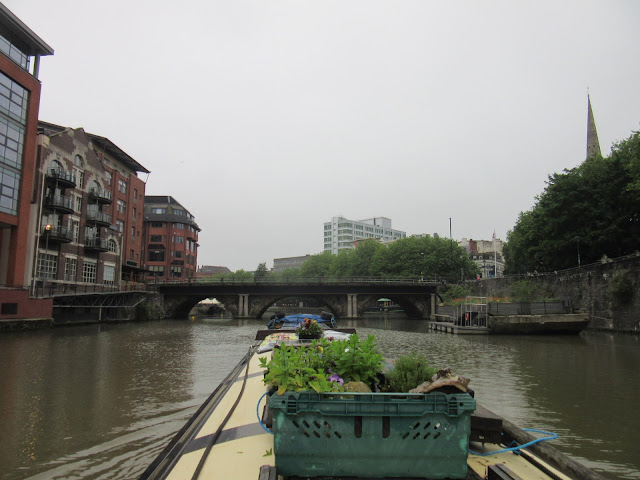 Only the one low bridge that gave a clearance of a little over two metres so we'll be fine..... 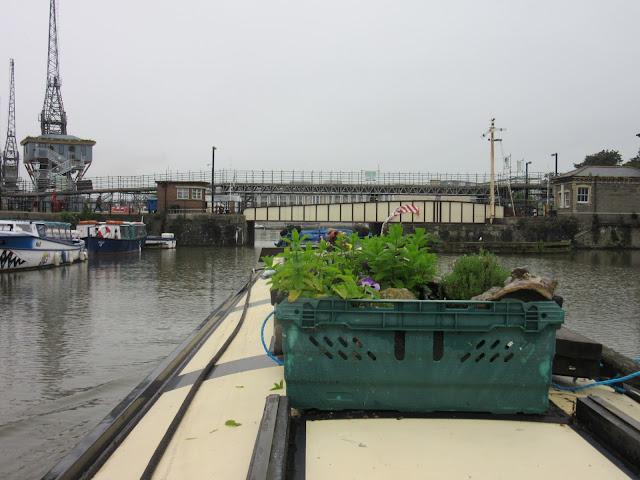 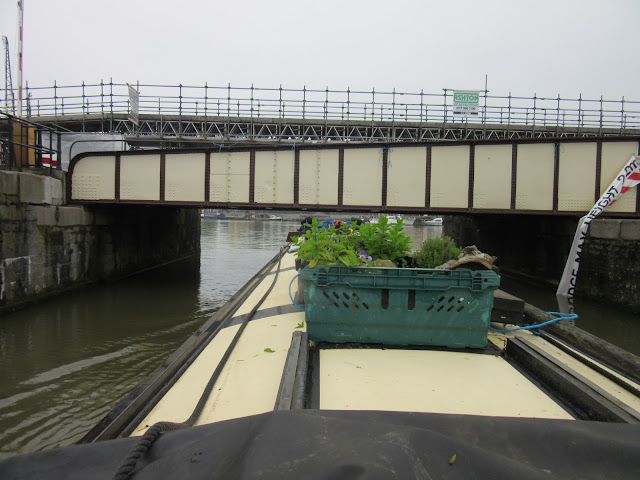 Yup, no problem, just a bend over job whilst going under. 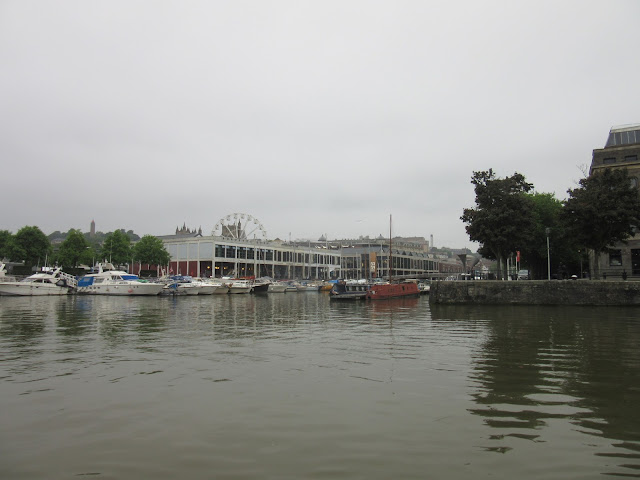 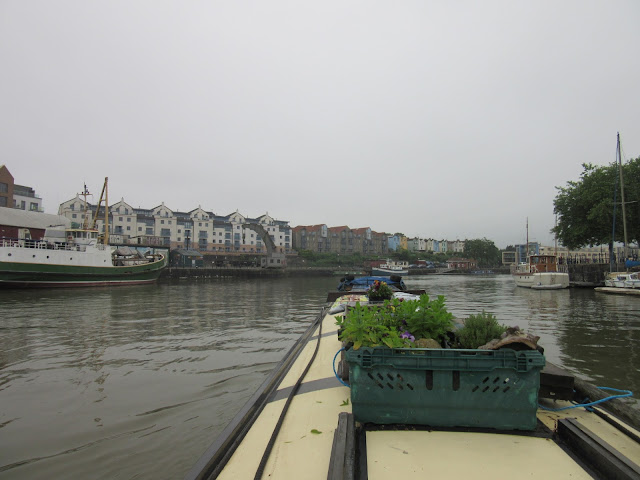 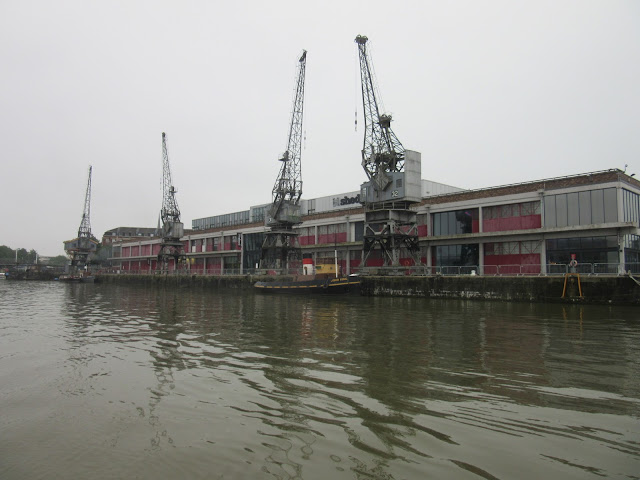 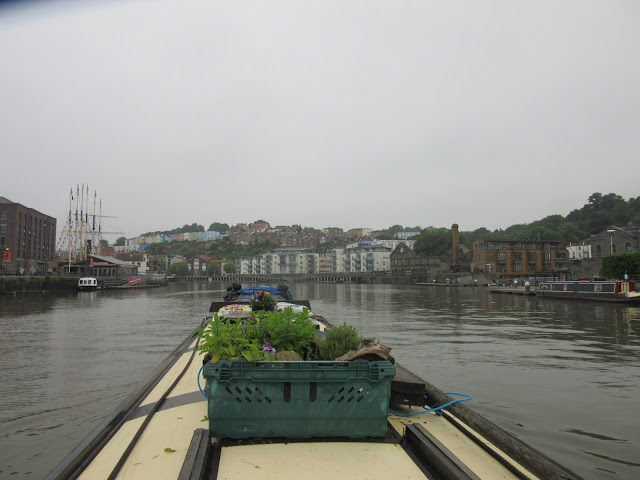 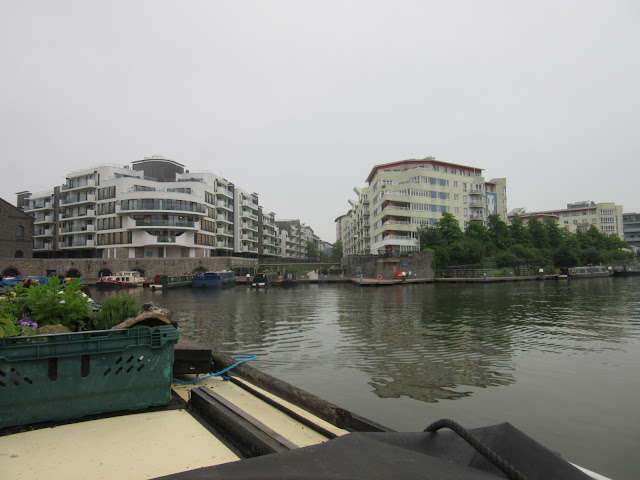 Then aiming towards where we ended up for the night in the first couple of pictures.

So that's us once again up to date and as far west and we're going so it'll be about turn and back to The Thames now.

And so in signing off,